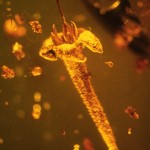 George Poinar The new fossil flower Strychnos electri in its original Dominican amber piece of mid-Tertiary age. The whole flower is less than 20 mm long and is the first finding of an asterid flower in amber from the New World. 4 more images in gallery This delicate flower has been preserved in amber, with each petal and tiny hair intact, for as many as 45 million years. Scientists discovered the flower in a cave in the Dominican Republic along with a treasure trove of insects preserved in amber. Now the flower has been identified by an expert as a member of the vast Asterid clade of flowers, whose members include the coffee plant as well as potatoes, peppers, and the poisonous Strychnine tree. Amber is fossilized tree sap, and pinning an exact date on it is extremely difficult. In paper published this morning in Nature Plants , biologists George Poinar and Lena Struwe  carefully used two methods of dating the material to suggest that this flower might have been fossilized as early as 45 million years ago or as late as 15 million. They came up with such a broad spread of dates largely because we still don’t have very many fossils from these kinds of plants, which makes precise dates difficult. The researchers had to date the flower by proxy, by examining other life forms found the amber cache, including the common single-celled organisms known as foraminifera and coccoliths. There are distinct evolutionary and population changes in foraminifera and coccoliths over time, and paleontologists often use these tiny animals to place fossils during specific geological periods. What’s certain is that this flower bloomed long before the age of apes during the mid-Tertiary period. Read 3 remaining paragraphs | Comments

Original post:
This flower, preserved in amber, may be 45 million years old 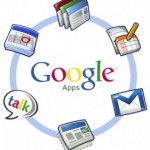 Nintendo attractions are coming to all Universal theme parks