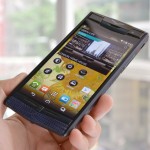 With Vertu finally offering an up-to-date luxury phone, we naturally had to check out the Signature Touch up close and personal. After all, it’s not everyday that one gets to play with a $21, 900 phone for free (though you can do so at any Vertu boutique, as long as you’re nicely dressed). For those who haven’t caught up with the announcement, we’re looking at a 4.7-inch 1080p display, a 2.3GHz quad-core Snapdragon 801 chip, 64GB of storage, 13MP/2.1MP cameras, a 2, 275mAh battery, Qi wireless charging, NFC and a handful of LTE bands. With the exception of the battery (which, to be fair, is already much larger than those on previous models), these are all very decent for an Android 4.4 device. As hinted by its name, the Signature Touch continues the legacy of the Signature series by carrying its iconic features. Under Vertu’s new lead designer, Ignacio Germade, the masculine “V-spine” design and the D-ring latch (for popping open the Micro SIM tray cover) remain; though the ceramic ear pillow is now smaller and makes way for a titanium chin, instead of being surrounded by a metallic bezel. Another notable change is that the stereo speakers — developed in partnership with Bang & Olufsen — are now facing the front, which makes a lot more sense than the sideway speakers on the similar-looking Ti . The ringtones produced by the London Symphony Orchestra sounded exceptional on those speakers, which isn’t a surprise. According to Hutch Hutchison, Vertu’s Head of Concept Creation and Design, each ringtone is tuned for optimal effect on each model, rather than just copying the same audio files to the whole range. A new addition on this end is the set of Dolby Digital Plus effects, which should come in handy for watching movies and playing games. Another big collaboration on the Signature Touch lies within its 13-megapixel and 2.1-megapixel cameras. We’re still surprised that Vertu managed to get renowned camera maker Hasselblad to help optimize the imaging performance; though sadly, we’ll have to wait for the final camera software before we can judge the results. As with all Vertu devices, the Signature Touch has a dense, expensive feel with its 192g weight and hard metallic body. We didn’t dare to do any torture test, but the grade 5 titanium body, the fifth-gen sapphire screen and the conditioned leather should stand the test of time. In addition to the usual drop test and steel ball test, the company’s also made sure that this hand-assembled phone would operate just fine from as low as -45 degrees Fahrenheit all the way up to 176 degrees Fahrenheit. The Signature Touch comes in a range of skins and colors. You start at $10, 300/£6, 750 with the basic “Jet Leather” (black and silver) or “Claret Leather” (red and silver), followed by other skin options (lizard or alligator) plus PVD coating option for the titanium frame, and capping at $21, 900/£14, 350 for the maxed-out “Pure Jet Red Gold” edition (black and gold). We actually liked the “Pure Navy Lizard” and the “Damson Lizard” the most for their unique textures, whereas Vertu’s CEO Max Pogliani currently carries an equally exotic “Jet Alligator” customized with a black PVD titanium body (by default it’s a bare metal body). The lucky folks who have the cash to spare tend not to have a problem picking their favorite variants. In fact, some are known to buy multiple versions of the same model, thus also accumulating years worth of bundled one-year concierge service in the process (it’s otherwise “just” £2, 000 or about $3, 400 annually for the classic service, or double that to continue having a dedicated agent). If we were given a chance to try this service, we’d totally just get a butler to write up this article while we sit by the pool at an exclusive clubhouse. Disclaimer: This article was not written by a butler. Filed under: Cellphones , Mobile Comments

Continue Reading:
This is what a $22,000 Android phone feels like

All the New Stuff in macOS Sierra 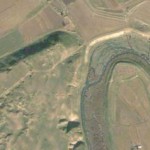