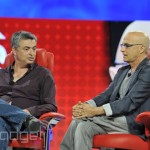 Ever since the rumors first broke that Apple wanted to buy Beats for $3 billion, the masses have uttered one universal word: Why? Apple Senior VP Eddy Cue and Beats CEO and co-founder Jimmy Iovine sat down with Recode’s Walt Mossberg and Kara Swisher at the Code Conference to discuss the confirmed news. Not wasting any time, the execs got right into it. According to Cue, there were three overall reasons why the company did it: Talent, great headphones (something many folks will debate) and Beats Music. “It was a no-brainer for us, ” said Cue, outlining the three reasons in more detail. First, Cue says the Beats team is sensational, and will be a perfect fit for Apple; additionally, Dr. Dre is an incredible artist with an incredible ear. Second, Cue notes that Beats has great headphones that do a great job at making music sound good. Finally, he also mentioned that this is the “first music subscription service done right.” To Cue, the magic is in the ability to curate songs and listen to playlists. Developing… Filed under: Cellphones , Wireless , Mobile , Apple Comments 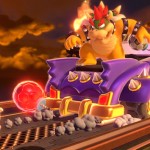 This is why ‘Mario’ levels are brilliant