Apple is looking to bring even more Mac production back to the states. Andrew Cunningham Last week, we learned that Apple was looking to devote about $100 million to bring the manufacturing of one of its Mac product lines back to the United States. At yesterday’s Senate hearings on the company’s untaxed overseas pile of cash, Apple CEO Tim Cook confirmed that the new Mac would be manufactured in Texas. The computer will also “include components made in Illinois and Florida and rely on equipment produced in Kentucky and Michigan.” Moving away from solid facts and into informed speculation, AllThingsD  notes that longtime Apple manufacturing partner Foxconn has facilities in Texas that may be used to build the new Mac. Apple is also building a campus in Austin, Texas, indicating that the company may continue to expand in the state. The new Mac is likely to be an updated version of one of Apple’s existing product lines—a new MacBook Air refresh looks possible for the company’s Worldwide Developer Conference next month—but we don’t know which just yet. If Apple were to move production of any of its product lines back into the country’s borders, it makes sense to start with Macs—they still sell well, but compared to the iPhone and iPad they make up a relatively small portion of Apple’s sales, and Apple has less to lose if there are hiccups. The company has been testing the waters with domestic production since at least the launch of the 2012 iMac. Some of these computers (including our 21.5-inch review unit  but  not our  27-inch review unit ) are (or were) already being made domestically, most likely nearer to Apple’s California headquarters . Read on Ars Technica | Comments 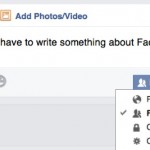