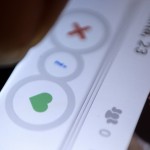 Campaigning for Bernie Sanders, and presumably any other politician, can get you banned from Tinder. According to a report from Reuters , two users of the dating app learned that the hard way recently, after their accounts were locked for sending private messages about the 2016 presidential candidate . One woman, for example, told the publication she sent 60 messages per day to other people on Tinder, as she hoped to convince them to support Senator Sanders. Those read as “Do you feel the Bern?” and “Please text WORK to 82623 for me. Thanks, ” which would then prompt the recipients to get updates from the Sanders campaign . It also sent a link with a sign-up page for volunteering. Tinder has yet to issue an official statement, but we reached out to the service and will update the story if we hear back. It’s worth noting that Tinder’s Terms of Use are pretty clear. The document’s Section 9, which you can read in full here , states users “may not post, upload, display or otherwise make available Content that … involves the transmission of ‘junk mail, ‘ ‘chain letters, ‘ or unsolicited mass mailing or ‘spamming’ (or ‘spimming, ‘ ‘phishing, ‘ ‘trolling’ or similar activities).” If a user doesn’t follow the rules, Tinder says it has the right to “investigate, suspend and/or terminate” an account. Via: The Hill Source: Reuters