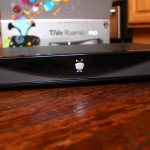 The TiVo box itself got a slight aesthetic makeover… Something’s afoot at Tivo, and it started today with five lay-offs. Wired reporter Roberto Baldwin had the initial report , claiming that five layoffs from the company’s hardware division left “a skeleton crew of two engineers,” indicating an official exit from the hardware business. Baldwin’s sources within Tivo may have been overstating the situation, though. Subsequent reports feature comments from Tivo’s Vice President of Corporate Communication Steve Wymer, where he emphatically denies that Tivo is abandoning hardware. What Wymer doesn’t do, however, is deny the layoffs. An update to the original Wired piece indicates that Tivo will work with third-party designers for subsequent hardware. Tivo hardware has been a saga of gradual iterations, with each successive generation adding features and capabilities. Ars’ Nathan Matisse reviewed  the company’s latest hardware, the Tivo Roamio, and had heaps of praise—after he went through the hellish setup process. At CES this year, Tivo didn’t have new consumer hardware, but instead met with network operators to discuss its new NDVR hardware, which moves the Tivo experience entirely to the cloud. Moving content recording, discovery, and delivery into the cloud has a lot of appeal for operators who want more control over viewers’ content. Read 1 remaining paragraphs | Comments

See the original post:
Tivo lays off 5 hardware engineers but says it won’t abandon its boxes 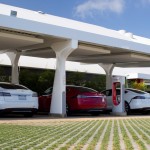 Tesla Master Plan pt. 2 explains how everyone gets an electric...

Why the British Don’t Refrigerate Eggs