Teeth can be encouraged to repair themselves in a way that could see an end to fillings, according to scientists. From a report on BBC: The team at King’s College London showed that a chemical could encourage cells in the dental pulp to heal small holes in mice teeth. A biodegradable sponge was soaked in the drug and then put inside the cavity. The study, published in Scientific Reports, showed it led to “complete, effective natural repair.” Teeth have limited regenerative abilities. They can produce a thin band of dentine — the layer just below the enamel — if the inner dental pulp becomes exposed, but this cannot repair a large cavity. Scientists discovered that a drug called Tideglusib heightened the activity of stem cells in the dental pulp so they could repair 0.13mm holes in the teeth of mice. A drug-soaked sponge was placed in the hole and then a protective coating was applied over the top. As the sponge broke down it was replaced by dentine, healing the tooth. Read more of this story at Slashdot. 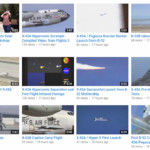 NASA is putting hundreds of historical videos on YouTube