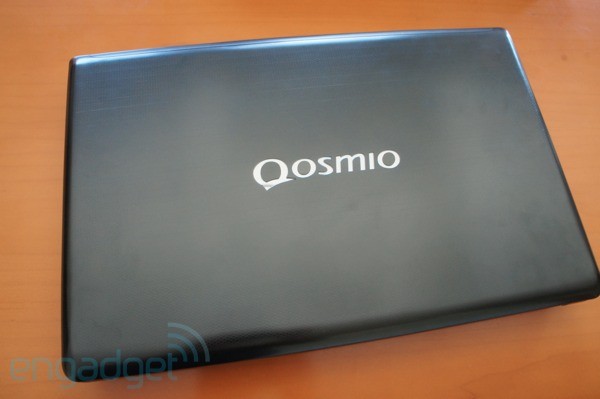 In case it wasn’t clear, Toshiba’s overhauling its entire consumer lineup for the back-to-school season, and that includes its lone gaming rig. The 17.3-inch Qosmio X875 replaces last year’s X775, ushering in Ivy Bridge and that same reined-in design we we’ve seen in recent photos. Though Toshiba’s remaining fairly mum on specs (we bet this has something to do with not wanting to steal Intel’s thunder), we can confirm it packs “third-generation” Intel Core processors, NVIDIA GTX 670M graphics with 3GB of video memory, dual hard drive bays, quad Harman Kardon speakers and four memory slots, with up to 16GB of RAM on board out of the box. The resolution can be either 1600 x 900 or 1080p, with that latter pixel count only available on the 3D model. As you can see in the photos, Toshiba’s moved to a subtler aluminum aesthetic it’s calling Black Widow, but what you can’t tell from that vantage point is that this guy is 25 percent thinner than its predecessor. In case you needed more proof this is an Ivy Bridge machine, note the release date: this beastly fellow won’t be available until June 24th. At that point, it’ll start at $1,299, though the highest-end configuration will set you back a cool $2,499. That’s more than two months away, of course, so for now you’ll have to content yourselves with our teaser shots below.