Big Hairy Ian quotes New Atlas: A key focus of electric vehicle (EV) makers is maximizing the range users can get from each charge, and for that reason new battery technologies are poised to play a huge part in driving their adoption. Toshiba has developed a new fast-charging battery it claims could allow EVs to travel three times as far as they do now, and then be fully recharged again in a matter of minutes. Toshiba’s SCiB (Super Charge ion Battery) has been around in various forms since 2007, with its chief claim to fame an ability to charge to 90 percent of capacity in just five minutes. It also boasts a life-span of 10 years and high levels of safety, and has found its way into a number of notable EVs, including Mitsubishi’s i MiEV and Honda’s Fit EV. The current SCiB uses lithium titanium oxide as its anode, but Toshiba says it has now come up with a better way of doing things. The next-generation SCiB uses a new material for the anode called titanium niobium oxide, which Toshiba was able to arrange into a crystal structure that can store lithium ions more efficiently. So much so, that the energy density has been doubled. Toshiba calls the battery “a game changing advance that will make a significant difference to the range and performance of EV, ” and hopes to put it “into practical application” in 2019. Read more of this story at Slashdot.

Read the original:
Toshiba’s Fast-Charging Battery Could Triple the Range of Electric Vehicles 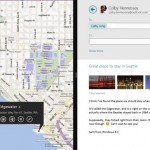