schwit1 (797399) writes “Eugene Goostman, a computer program pretending to be a young Ukrainian boy, successfully duped enough humans to pass the iconic test. The Turing Test which requires that computers are indistinguishable from humans — is considered a landmark in the development of artificial intelligence, but academics have warned that the technology could be used for cybercrime. Computing pioneer Alan Turing said that a computer could be understood to be thinking if it passed the test, which requires that a computer dupes 30 per cent of human interrogators in five-minute text conversations.” Read more of this story at Slashdot. 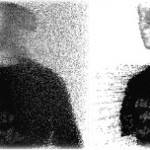 Researchers from MIT have developed a camera that can take pictures...

N3twork wants to be the Pandora of internet video