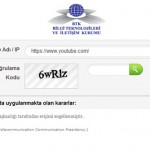 The Turkish government has doubled down on its Internet censorship program, blocking all of Youtube in addition to its ban on Twitter . Despite theories about the political theatre of blocking Twitter , it seems like Prime Minister Recep Tayyip Erdoğan is also genuinely concerned with suppressing a recording of a conversation with his son in which he conspires to hide the money he is thought to have received through corrupt dealing. As with the Twitter block, this one was undertaken as an administrative order from the PM’s office, without judicial oversight. The Twitter ban has since been rescinded by the Turkish courts, but the block may not be lifted before the elections. There is still no official announcement by TİB, the government authority in charge of internet regulation and the organ who implements blocking decisions. However, YouTube’s URL and title appeared on BTK’s (higher organ that includes TİB) web page where the blocked URLs are listed. The site is still accessible through some ISPs, but the blocking is expected to be implemented fully in an hour’s time by all ISPs. The government banned Twitter last week on the grounds that the company fails to remove ‘illegal’ content according to Turkish authorities. Yesterday, an administrative court ruled for the suspension of the execution of Twitter blocking. Last week, Google Inc. has announced that it declined the requests coming from the Turkish government in recent weeks to remove YouTube videos revealing extensive corruption involving PM, his family, ministers, businessmen and several government officials, the Wall Street Journal reported. Turkish government takes down YouTube too [updated] [Noyan Ayan/Webrazzi] ( via Engadget )

More here:
Turkish government blocks Youtube to shut down spread of phone recording in which PM conspires to hide millions from investigators 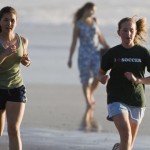 Exhale on Your Left Foot to Avoid Side Stitches While Running