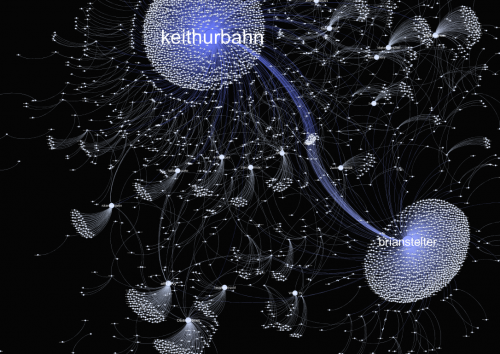 SocialFlow analyzed 14.8 million public Tweets, and bitly links, posted between news about an unplanned presidential address (9:46 p.m. EST) and Obama’s address (11:30 p.m. EST) to see how dynamics of rumor creation played out during those critical hours on Twitter.

It all began at 10:24 p.m. EST when @keithurbahn tweeted that he heard from a trusted source that Osama Bin Laden was killed. Within 2 minutes 300 people had retweeted or reacted to this message. From there the news spread like wildfire. An hour in advance of President Obama’s scheduled announcement of the event Twitter had trumped mainstream media in breaking the news of Bin Laden’s death.