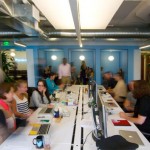 Less than a month after announcing its plans for an IPO, Twitter has today made its S-1 filing with the SEC public, offering the most detailed look yet at at the inner workings of the company. With the IPO, Twitter is looking to raise $1 billion on 472, 613, 753 shares of common stock, trading under the stock symbol TWTR. In the filing, the company also confirmed that it now has 218.3 million monthly active users (or MAUs) according to its most recent numbers, and that it pulled in $253.6 million in revenue for the six months ending June 30th, 2013, an increase of 107 percent from a year earlier. According to the company, mobile users unsurprisingly account for a particularly big chunk of its business, with 75 percent of its average MAUs accessing Twitter from a mobile device in the three months ending June 30, 2013, and mobile use accounting for 65 percent of its advertising revenue. It still isn’t making a profit, though, with the company seeing a net loss of $69.3 million for the aforementioned six month period. That’s compared to $316.9 million in revenue for all of 2012, and a net loss of $79.4 million. Of those 215 million MAUs, 49.2 million are in the United States, while 169.1 million are international, representing an increase of 35% and 47%, respectively, from the same period a year ago. Beyond those numbers, the company has also revealed the number of Timeline views for the first time; they stood at 150.9 billion for the three months ending June 30th, and 287.2 billion for six months prior (up 69% and 79% from a year earlier). On average, that translates to 691 timeline views per MAU for the same three month period, although that number jumps a fair bit looking just at US Twitter users — they rack up 825 timeline views on average. In a brief letter to shareholders included in the filing, the company says “Twitter represents a service shaped by the people, for the people, ” and that “the mission we serve as Twitter, Inc. is to give everyone the power to create and share ideas and information instantly without barriers, ” adding, “our business and revenue will always follow that mission in ways that improve-and do not detract from-a free and global conversation.” Those interested in digging into all of the numbers can find the full filing on the SEC’s website . Filed under: Internet Comments Source: SEC

US Spends $1bn Over a Decade Trying To Digitize Immigration Forms,... 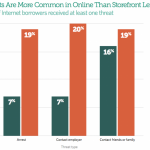 At 650% interest, that online payday loan is a steal