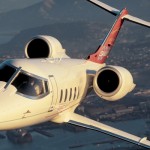 It’s already the hate-figure for taxi drivers , but now Uber wants to alienate the rest of the 99 percent . The smartphone-based cab service is launching UberJET, a private airline service that’ll operate during the forthcoming Cannes Film Festival . Between May 12th and May 18th, users can book an Uber Black car to take them to Paris’ Bourget airport, where a jet, operated by Goodwill Airlines, will fly you to Nice, and then a second car will drive you down the road to Cannes. The price for the service is €6, 490 ($8, 930), and you’re able to split that between three other passengers during the journey. Assuming, that is, that you haven’t just decided to get the train — it may be five hours long, but it’ll only set you back $200. Filed under: Transportation Comments Via: RudeBaguette Source: Uber

Coffee Naps Better For Alertness Than Coffee Or Naps Alone