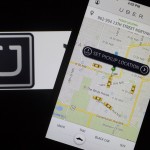 Uber’s ambitions in the self-driving car space took a step forward today — the company just announced a partnership with the University of Arizona that will see the university become the home of Uber’s mapping test vehicles. According to a press release from Arizona governor Doug Ducey, the partnership will focus on research and development for optics systems focused on mapping and safety for self-driving vehicles. Uber is also donating $25, 000 to the University of Arizona’s College of Optical Sciences, and an internal email obtained by The Verge indicates that the donation will be for scholarships. This partnership comes after Uber officially partnered with Carnegie Mellon University earlier this year; since then, Uber’s self-driving cars have been spotted driving around Pittsburgh . There’s also been accusations of Uber poaching many of the university’s researchers, something the University of Arizona might want to keep an eye out for. Either way, this partnership is just another sign that Uber sees its future as one where drivers aren’t behind the wheels of its cars. [Image credit: Bloomberg via Getty Images] Comments Source: State of Arizona , The Verge Tags: selfdrivingcars, uber, universityofarizona, uofa

View article:
Uber’s self-driving car efforts get help from the University of Arizona 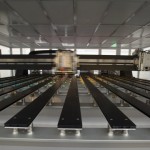