From an end user’s perspective, it’s always nice to see developers take a step back and focus on streamlining their code, rather than simply piling on new features. Apple used the strategy to great success with Snow Leopard , and now Canonical is set to follow suit with Raring Ringtail, also known as Ubuntu 13.04. The latest version of the popular Linux distro is set for general availability tomorrow, which follows a beta release and a controversial amount of secrecy . Raring Ringtail is characterized as “the fastest and most visually polished Ubuntu experience to date,” with a particular emphasis on a smaller memory footprint and greater responsiveness. Much of the streamlining effort was in preparation for Ubuntu’s future life in mobile , and to coincide with that effort, developers will find a preview SDK for app development and the ability to test apps within the MIR display server . The release is now a mere hours away, and yes, it’ll be a good day. [Image credit: WebUpd8 ] Update: Aaaaaand, it’s live! Filed under: Software Comments Source: Ubuntu

India Rolls Out Central Monitoring System To Snoop On All Communications 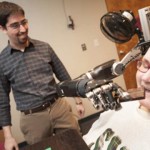