After six months of development, Ubuntu 16.10, the latest stable release of the world’s most popular desktop Linux distro, is now available to download. The ISO image file of Ubuntu 16.10 is a little larger (up from 1.4GB to 1.5GB). OMGUbuntu talks about the new features (condensed): Ubuntu 16.10 is not a big update over Ubuntu 16.04 LTS, released back in April. If you were hoping it’d be a compelling or must-have upgrade you’ll be sadly disappointed. There are a number of small improvements to the Unity desktop and the Compiz window manager that powers it. Improvements that help everything work that little bit faster, and that little bit smoother. Ubuntu 16.10 also performs better in virtual machines thanks to the new Unity Low Graphics Mode. An all-new version of the Nautilus file manager also features, and is packed with some significant UI and UX differences. Plus, as always, there’s a newer Linux kernel to enjoy. Read more of this story at Slashdot. 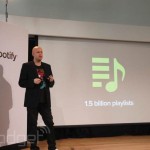