Read this article:
Ubuntu Arrives in the Windows Store, Suse and Fedora Are Coming To the Windows Subsystem For Linux 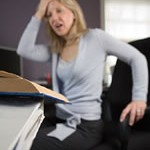 What Really Smart People Worry About At Night