Continue Reading:
Ubuntu Arrives in the Windows Store, Suse and Fedora Are Coming To the Windows Subsystem For Linux 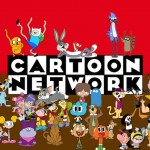