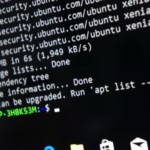 Here’s a statement that would have been unimaginable in previous years : Ubuntu has arrived in the Windows Store. As promised back in May , you can now download a flavor of the popular Linux distribution to run inside Windows 10. It won’t compare to a conventional Ubuntu installation, as it’s sandboxed (it has limited interaction with Windows) and is focused on running command line utilities like bash or SSH. However, it also makes running a form of Linux relatively trivial. You don’t have to dual boot, install a virtual machine or otherwise jump through any hoops beyond a download and ticking a checkbox. Microsoft hasn’t said exactly when you can expect to see Fedora and SUSE Linux, the other two distributions coming to the Windows Store. Nonetheless, this is a big milestone that reflects Microsoft’s dramatic shift in attitude over the years. Where it used to be interested in protecting Windows sales at all costs, it’s now much more interested in pushing services . The addition of Linux is a logical extension of that strategy — developers and IT managers might be more likely to use Microsoft cloud offerings if they know that familiar Linux commands are a few clicks away. Via: The Verge Source: Windows Store

View article:
Ubuntu Linux is available in the Windows Store