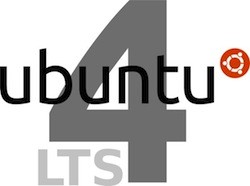 We won’t be seeing the finished version of Ubuntu’s next release for a few months, but the folks at Canonical are hard at work making Precise Pangolin the very best it can be. Version 12.04 is an LTS release, meaning only refinements are in store for the OS, but apparently one of the areas targeted for improvement is power consumption.

In a post on his blog, Ubuntu kernel engineer Colin King explained that the plan is to provide power savings in a variety of ways, including PCI Express Active State Power Management (ASPM). Furthermore, testing of Aggressive Link Power Management (ALPM) that puts the SATA link to your disk drive into a low power mode during periods of inactivity is in the works, as is placing USB and PCI controllers of peripherals and wireless connections into lower power states. The folks at Canonical are putting Precise Penguin through it’s power-saving paces, but are also calling upon members of the Ubuntu community to help out with the QA to see which methods will work best. So, if you’re into doing a good deed for the next Ubuntu distro, head on down to the source to learn how to lend a hand.

Ubuntu’s Precise Pangolin to pull less power than predecessors originally appeared on Engadget on Mon, 19 Dec 2011 14:09:00 EDT. Please see our terms for use of feeds.

A Smackerel of Opinion | Email this | Comments