Sockatume writes “The Sunday Times has revealed that analytics firm Ipsos MORI and 4G network EE attempted to sell detailed information on 27m subscribers’ activities to various parties including the UK’s police forces. The data encompasses the gender, postcode and age of subscribers, the sites they visit and times they are visited, and the places and times of calls and text messages. Ipsos MORI were reportedly ‘bragging that the data can be used to track people and their location in real time to within 100 meters’ in negotiations. Ipsos MORI has rushed to contradict this in an effort to save face, stating that the users are anonymized and data is aggregated into groups of 50 or more, while location is only precise to 700m. Despite their prior enthusiasm, the police have indicated that they will no longer go ahead with the deal. It is not clear whether the other sales will go ahead.” Read more of this story at Slashdot. 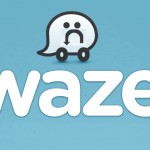