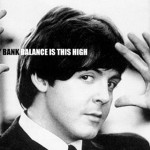 The UK’s Performing Right Society has announced that the cash generated from online music licensing has surpassed that of radio for the first time. The society’s 2012 report reveals that digital royalties brought in £51 million ($76.7 million) from stores, ringtones and subscription services, compared to the £47 million ($70.6 million) generated by folks listening to the wireless . The rest of the motherland’s music industry, however, has less to celebrate, thanks to big drops in physical media sales, people shunning pubs and clubs as well as big falls in live music events. You know, it’s almost as if it won’t be long before you’ll only be able to buy music online . Filed under: Portable Audio/Video , Internet Comments Via: The Guardian Source: PRS (.PDF)