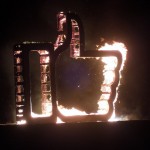 Facebook continues to tighten the screws on the businesses that use the service to market to their customers. Independent research shows that new updates from businesses reach about six percent of the people who follow those businesses. It is rumored that Facebook intends to reduce this number to “between one and two percent” over time. Businesses that want to reach the people who follow them at higher rates will have to pay Facebook to reach them through paid advertisements. If you’re building your business’s marketing and customer relations strategy atop Facebook, take note — and remember that if you have a real website, all your readers see your posts, even if you don’t pay Facebook! Facebook declined to comment on the percentage of fans that see posts from a typical Facebook page (the last publicly disclosed figure was 16 percent in the summer of 2012), but the company admitted in December that posts from Pages are reaching less users. Facebook attributes this change to increased competition as more people and companies join its service. The typical user is inundated with 1,500 posts per day from friends and Pages, and Facebook picks 300 to present in the News Feed. Getting squeezed out are both posts from Pages and meme photos as Facebook shifts its focus to what it deems “high quality” content. The solution for brands with declining engagement, according to Facebook, is to buy ads. “Like many mediums, if businesses want to make sure that people see their content, the best strategy is, and always has been, paid advertising,” a spokeswoman said in an emailed statement. The Free Marketing Gravy Train Is Over on Facebook [Victor Luckerson/Time] ( Image: flaming LIKE , a Creative Commons Attribution Share-Alike (2.0) image from zaigee’s photostream )

Yahoo Is Going To Stop Email Service In China