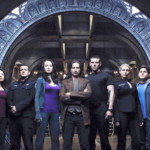 MGM Studios announced a new web-based entry into its popular Stargate franchise, Stargate Origins , this past July at San Diego Comic Con. In order to see the prequel series, though, you’ll have to subscribe to a Stargate -only streaming service, too. Called Stargate Command , the new portal for all things Stargate is now online and ready for subscribers. This isn’t the first entertainment property to push fans to a new paid service, of course, with CBS All Access and Star Trek: Discovery as a prime example. This new MGM service, however, will only include video from the Stargate properties. For a one-time fee of $20, you’ll get access to some 354 television episodes, according to The Verge , and the three films from the Stargate franchise, making for some serious binge-watching . In addition to access to the new Origins show, members can stream series television shows SG-1 , Stargate Atlantis and (the best of them all) Stargate Universe , as well as the associated movies, like Stargate , Stargate: The Ark of Truth and Stargate Continuum . They’ll also get behind-the-scenes access to Origins and a members-only digital edition of the Origins script later this year. Free members of Stargate Command can browse the site and all the media, and can participate in a fan forum , read news about the series and take Stargate -themed quizzes and polls . Via: The Verge Source: Stargate Command

View the original here:
Unlimited ‘Stargate’ streaming will cost you $20 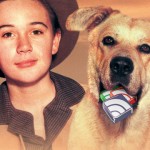 Google Reader Data Will Be Permanently Deleted on July 15th