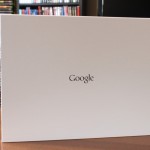 The Chromebooks we usually see around these parts can be summed up in two words: competent and cheap. This nicely sums up our reviews of both  Samsung’s $249 ARM Chromebook  and  Acer’s $199 C7 . Google’s  recently announced Chromebook Pixel  goes against that grain: it’s a high-quality machine with a gorgeous 2560×1700 display, but you’ll pay a hefty $1,299 (or $1,449, for the LTE version) for the privilege of owning one. Our full review of the computer—and, with it, our continuing thoughts on  whether this machine makes any sense —is in the works, but in the meantime we took the Pixel out of its box to give it a good once-over. “Understated” is an understatement The Chromebook Pixel’s box is simple to the point of being nondescript. Andrew Cunningham 15 more images in gallery Read on Ars Technica | Comments