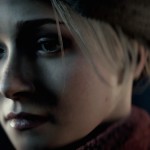 The gorgeous faces and stunning cinematography of ‘Until Dawn’