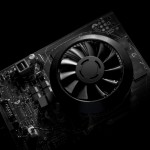 Careful phasing of a photonic qubit brings light under control