Last week, we reported that an international law enforcement operation had shut down AlphaBay , the dark web’s go-to marketplace after the fall of Silk Road. Today, the U.S. Justice Department announced that it has seized AlphaBay and has brought civil charges against operator Alexandre Cazes (who is now deceased) and his wife, with the intention of taking their assets as well. Cazes, a Canadian citizen, was arrested in Thailand on July 5, but he committed suicide while in custody a week later. While the United States is working with international authorities to freeze the assets of AlphaBay, the Justice Department is also specifically interested in Cazes’ and his wife’s personal assets amassed through illegal AlphaBay activities. These including luxury cars, homes and a Thai hotel. Authorities have already seized Cazes’ vast stores of cryptocurrency. AlphaBay earned millions of dollars per week selling drugs, weapons, tools to help commit internet fraud and more. According to the Justice Department’s press release , Silk Road (which was shut down in 2013) had around 14, 000 goods and services listed when it was seized. Comparatively, AlphaBay had “over 250, 000 listings for illegal drugs and toxic chemicals on AlphaBay, and over 100, 000 listings for stolen and fraudulent identification documents and access devices, counterfeit goods, malware and other computer hacking tools, firearms and fraudulent services.” Source: U.S. Department of Justice

More:
US authorities have seized the dark web marketplace AlphaBay 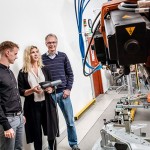 Smoother movements help robots save a lot of energy