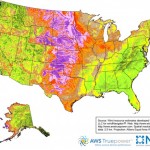 Well-sited wind power is cheaper than coal, but the good sites aren’t evenly distributed throughout the US. NREL/DOE Although there are some reasonable questions about the value of making long-term projections about energy use, doing so is one of the duties of the US’ Energy Information Agency. On Monday, the EIA released an overview of a report in which it attempts to track the trends in the energy economy of the US out to 2040. The report contains some eye-popping predictions, including a huge (but brief) boom in domestic oil production, a near balance between energy imports and exports, and a peak in carbon emissions that’s already in our past. Energy predictions are fraught with uncertainty, but this report contains more than most, since it’s predicated on having the entire period out to 2040 covered by legislation and rules that are already on the books. At the moment, that would include the expiration of a tax credit that promotes the installation of renewable power facilities, something that Congress has already renewed several times. Perhaps more significantly, the EPA’s rules governing greenhouse gas emissions from existing facilities are still being formulated but are likely to be in effect for most of the period under consideration. This probably explains why the EIA predicts that the slice of domestic energy production that comes from renewables only increases from 11 to 12 percent over the next 30 years. Read 8 remaining paragraphs | Comments 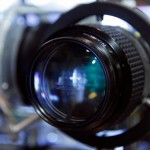