An IBM security researcher recently discovered something interesting about smart cars. An anonymous reader quotes CNN: Charles Henderson sold his car several years ago, but he still knows exactly where it is, and can control it from his phone… “The car is really smart, but it’s not smart enough to know who its owner is, so it’s not smart enough to know it’s been resold, ” Henderson told CNNTech. “There’s nothing on the dashboard that tells you ‘the following people have access to the car.'” This isn’t an isolated problem. Henderson tested four major auto manufacturers, and found they all have apps that allow previous owners to access them from a mobile device. At the RSA security conference in San Francisco on Friday, Henderson explained how people can still retain control of connected cars even after they resell them. Manufacturers create apps to control smart cars — you can use your phone to unlock the car, honk the horn and find out the exact location of your vehicle. Henderson removed his personal information from services in the car before selling it back to the dealership, but he was still able to control the car through a mobile app for years. That’s because only the dealership that originally sold the car can see who has access and manually remove someone from the app. It’s also something to consider when buying used IoT devices — or a smart home equipped with internet-enabled devices. Read more of this story at Slashdot. 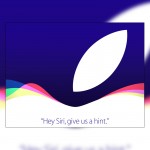 Apple’s iPhone 6S and 6S Plus event takes off on September...

All the National Chains That Offer Free Wi-Fi 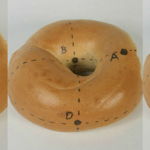 How to cut a bagel into two interlocking rings