Dr Bjoern von Reumont: “This is the first time we have seen venom being used in crustaceans and the study adds a new major animal group to the roster of known venomous animals. Venoms are especially common in three of the four major groups of arthropods, such as insects. Crustaceans, however, are a glaring exception to the rule.” [BBC] 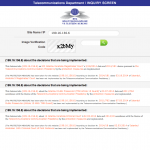