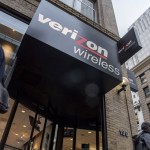 Verizon isn’t going to let AT&T’s 5G plans go unanswered. The carrier (and our corporate overlord) says it will pilot the gigabit-class wireless in 11 cities by the middle of 2017, including major urban hubs like Atlanta, Dallas, Denver, Houston, Miami, Seattle and Washington, DC. These will be “pre-commercial services” offered to specific customers, so don’t expect to try extra-fast cellular data in your neighborhood. Instead, this is about investigating “scenarios and use cases” before Verizon is ready to ask for money. It’s not certain when you’ll see honest-to-goodness paid service, although Verizon has been aiming for sometime in 2017. However, any widespread deployment is likely to be contingent on a formal 5G standard, which doesn’t exist yet — and that’s not including the necessary hardware . You might not want to get too excited, then. While 5G may well usher in an era where your smartphone data speeds are as fast as a fiber optic line, the technology is still very much in the early stages. Source: Verizon

Oculus VR Is Buying the Design Team Behind the 360 Controller...