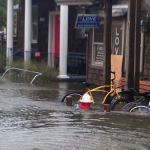 Hurricane Sandy caused widespread damage in Fire Island, New York. Fireisland.com New York Attorney General Eric Schneiderman this week accused Verizon of trying to “depart from a century of telephone service regulation” by ending wireline telephone service in a part of Fire Island devastated by Hurricane Sandy in October, 2012. In addition, Schneiderman has accused Verizon of violating a state order by telling customers outside of Fire Island that they should accept wireless phone service instead of repairs to their landline service. He says Verizon should be fined $100, 000 per customer, per day. Verizon says it has not violated the state order, and that its offer of wireless service outside Fire Island is strictly optional. Verizon is, however, trying to gain state approval to end wireline service entirely in western Fire Island. Read 19 remaining paragraphs | Comments 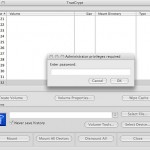