(credit: Spanish Coches ) In San Francisco this morning, US District Judge Charles Breyer said Volkswagen Group would buy back nearly 500,000 2.0L diesel vehicles which were discovered in September to have software that illegally disabled the emissions control system during normal driving conditions. VW Group is facing some 600 lawsuits that Judge Breyer is overseeing collectively, and the German automaker was compelled by court order to present a plan for fixing the faulty vehicles by today. Specifics of the plan will be hammered out in the coming months. Volkswagen will also set up a fund for people who bought certain diesel Jettas, Golfs, Passats, Beetles, and Audi A3s after 2009. Breyer said this would offer customers “substantial compensation,” on top of the car buyback . Read 7 remaining paragraphs | Comments

Taken from:
Volkswagen makes it official—it’s buying back 500,000 2.0L diesels 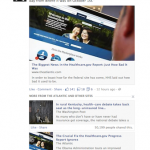