Hugh Pickens DOT Com writes: “Reuters reports that Wal-Mart has sued Visa for $5 billion, accusing the credit and debit card network of excessively high card swipe fees. Wal-mart is seeking damages from price fixing and other antitrust violations that it claims took place between January 1, 2004 and November 27, 2012. In its lawsuit, Wal-Mart contends that Visa, in concert with banks, sought to prevent retailers from protecting themselves against those swipe fees, eventually hurting sales. ‘The anticompetitive conduct of Visa and the banks forced Wal-Mart to raise retail prices paid by its customers and/or reduce retail services provided to its customers as a means of offsetting some of the artificially inflated interchange fees, ‘ says Wal-Mart in court documents. ‘As a result, Wal-Mart’s retail sales were below what they would have been otherwise.’ Interchange fees, the industry term for card-swipe fees, have been a major point of contention between retailers and banks. The fees are set by Visa and other card networks and collected by card-issuing banks like J.P. Morgan Chase & Co. Retailers have argued that the fees had been set too high due to a lack of competition with the two payment industry giants. Wal-Mart also took a shot against Visa over payment card security. Data breaches last year at Target Corp., Neiman Marcus and others have drawn attention to the country’s slow adoption of card technology that uses computer chips and PIN numbers and is seen as less susceptible to fraud than the current system of magnetic stripes. ‘Wal-Mart was further harmed by anti-innovation conduct on the part of Visa and the banks, ‘ says the lawsuit, ‘such as perpetuating the use of fraud-prone magnetic stripe system in the U.S. and the continued use of signature authentication despite knowledge that PIN authentication is more secure, a fact Visa has acknowledged repeatedly.'” Read more of this story at Slashdot. 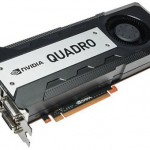 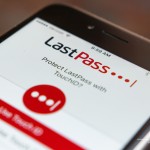