MojoKid writes “We hear about green deployment practices all the time, but it’s often surrounding facilities such as data centers rather than retail stores. However, Walgreens is determined to go as green as possible, and to that end, the company announced plans for the first net zero energy retail store. The store is slated to be built at the corner of Chicago Avenue and Keeney Street in Evanston, Illinois, where an existing Walgreens is currently being demolished. The technologies Walgreens is plotting to implement in this new super-green store will include solar panels and wind turbines to generate power; geothermal technology for heat; and efficient energy consumption with LED lighting, daylight harvesting, and ‘ultra-high-efficiency’ refrigeration.” Read more of this story at Slashdot.

Take a Road Trip Across the US by Train for Under... 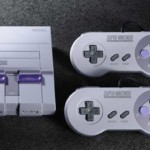