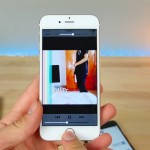 How Darude’s "Sandstorm" Became the EDM Track Everyone on the Web...

Equifax Had ‘Admin’ as Login and Password in Argentina