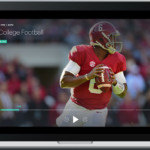 It’s been a month since Hulu added its live television service to the Amazon Fire TV and only a day after the company announced Xbox 360 compatibility for its subscribers. Now the company that Disney, Fox, NBC and Time Warner owns is putting its subscription-based live streaming product on PC and Mac. This is the first time Hulu will stream live television to something other than set-top boxes and mobile devices. It makes sense, as Netflix , Amazon and HBO already allow you to watch from the comfort of your web browser. The web-based version will be basic to start while Hulu takes more time to finalize the final interface, according to Hulu’shulu macbook Ben Smith. “This is a very early version of the new Hulu experience on the Web and we expect it to evolve significantly over the next few months, ” writes Smith. “From point, click, and keyboard interactions, to responsive pages to fit all screen sizes; we are carefully considering all of the things that make building a web experience unique from living room and mobile devices.” You’ll be able to watch live television from more than 50 channels from individual networks, all the Hulu on-demand movies and originals, premium channels like HBO, Cinemax and Showtime, and catch the latest live games from ESPN, Fox Sports and CBS. If you live in a “select market, ” you’ll also be able to tune in to local ABC, CBS, Fox and NBC affiliates. Supported browsers include Chrome, Safari, Firefox, Microsoft Edge and Internet Explorer 11. Source: Hulu 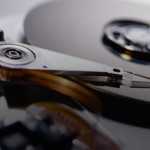 Storage Spaces explained: a great feature, when it works