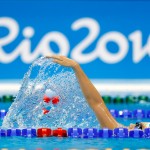 The 2016 Summer Olympic Games are almost here, and despite the issues present in Rio, watching from home should be better than ever. If you’re in need of something else to display on your brand new Ultra HD television then we have good news — NBC will have 4K, HDR footage with Atmos surround sound available that’s actually downsampled from 8K (which you can see for yourself, if you live in Japan) . The only problem? Not every TV provider will be pushing it to viewers, and it will be on 24-hour tape delay. US viewers have four choices for Ultra HD broadcasts from the Olympics: DirecTV, Dish, Comcast and EPB. Chattanooga residents will have to contact EPB for details on how to get channel 803, while DirecTV is promising a linear broadcast on channel 106. Dish Network will not have the Opening Ceremony available initially, but promises a broadcast on channel 146 and video on-demand highlights that will be in 4K, but won’t feature HDR. For Comcast, you should be able to see all the clips, but it isn’t pushing any Ultra HD via its cable boxes at all. Instead, footage will only be available to people who have Samsung or LG Smart TVs with the Xfinity preview app built-in. Source: NBC

View the original here:
Watch the Olympics in 4K Ultra HD on Comcast, DirecTV or Dish

How Traffic Lights Came To Be And Why Green Means Go