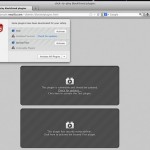 An Artist Got 16 Bucks for a Song That Pandora Streamed...