The Phone Dragnet That Caught the World’s Top Drug Lord 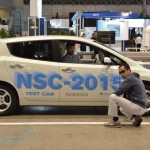