OAKLAND, Calif.—If you have driven in Oakland any time in the last few years, chances are good that the cops know where you’ve been, thanks to their 33 automated license plate readers (LPRs). Now Ars knows too. In response to a public records request, we obtained the entire LPR dataset of the Oakland Police Department (OPD), including more than 4.6 million reads of over 1.1 million unique plates between December 23, 2010 and May 31, 2014. The dataset is likely the largest ever publicly released in the United States—perhaps in the world. Read 59 remaining paragraphs | Comments

View article:
We know where you’ve been: Ars acquires 4.6M license plate scans from the cops 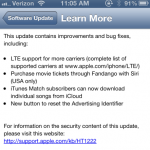