Trailrunner7 writes “A revamped early random number generator in iOS 7 is weaker than its vulnerable predecessor and generates predictable outcomes. A researcher today at CanSecWest said an attacker could brute force the Early Random PRNG used by Apple in its mobile operating system to bypass a number of kernel exploit mitigations native to iOS. ‘The Early Random PRNG in iOS 7 is surprisingly weak, ‘ said Tarjei Mandt senior security researcher at Azimuth Security. ‘The one in iOS 6 is better because this one is deterministic and trivial to brute force.’ The Early Random PRNG is important to securing the mitigations used by the iOS kernel. ‘All the mitigations deployed by the iOS kernel essentially depend on the robustness of the Early Random PRNG, ‘ Mandt said. ‘It must provide sufficient entropy and non-predictable output.'” Read more of this story at Slashdot.

Windows Blue to let you sync your Start screen across devices 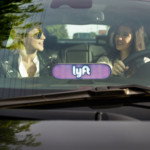 Lyft reaches one million rides per day but is still well...