Researchers have discovered a new technique that lets hackers and unscrupulous websites perform in-browser, drive-by cryptomining even after a user has closed the window for the offending site. Over the past month or two, drive-by cryptomining has emerged as a way to generate the cryptocurrency known as Monero. Hackers harness the electricity and CPU resources of millions of unsuspecting people as they visit hacked or deceitful websites. One researcher recently documented 2,500 sites actively running cryptomining code in visitors’ browsers , a figure that, over time, could generate significant revenue. Until now, however, the covert mining has come with a major disadvantage for the attacker or website operator: the mining stops as soon as the visitor leaves the page or closes the page window. Now, researchers from anti-malware provider Malwarebytes have identified a technique that allows the leaching to continue even after a user has closed the browser window. It works by opening a pop-under window that fits behind the Microsoft Windows taskbar and hides behind the clock. The window remains open indefinitely until a user takes special actions to close it. During that time, it continues to run code that generates Monero on behalf of the person controlling the Website. Read 4 remaining paragraphs | Comments

Original post:
Websites use your CPU to mine cryptocurrency even when you close your browser 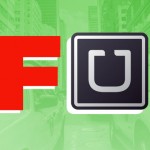 Uber Is Punishing Drivers for Following the Law