An anonymous reader writes from a report via ABC News: The fast food giant Wendy’s has reported today that hackers were able to steal customers’ credit and debit card information at 1, 025 of its U.S. restaurants. The company said Thursday hackers were able to obtain card numbers, names, expiration dates and codes on the card, beginning in late fall. Some customers’ cards were used to make fraudulent purchases at other stores. Wendy’s first announced it was investigating a possible hack in January. In May, it found malware in fewer than 300 restaurants; two types of malware were found two months later and the number of restaurants affected was “considerably higher.” There are more than 5, 700 Wendy’s restaurants in the U.S. Customers can check to see which locations were affected via Wendy’s website. The company said it is offering free one-year credit monitoring to people who paid with a card at any of those restaurants. In May, Wendy’s announced plans to start automating all of its restaurants with self-service ordering kiosks. Read more of this story at Slashdot. 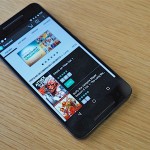 ComiXology Unlimited offers all of the comics for $6 a month 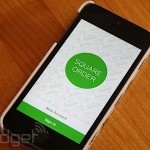 Square to replace its digital wallet app with one that lets...

Tomb, a Successor To TrueCrypt For Linux Geeks