An anonymous reader writes with an article from Duke Law on what would have entered the public domain today were it not for the copyright extensions enacted in 1978. From the article: “What could have been entering the public domain in the US on January 1, 2013? Under the law that existed until 1978, works from 1956. The films Godzilla, King of the Monsters!, The Best Things in Life Are Free, Forbidden Planet, The Ten Commandments, and Around the World in 80 Days; the stories 101 Dalmations and Phillip K. Dick’s The Minority Report; the songs ‘Que Sera, Sera’ and ‘Heartbreak Hotel’, and more. What is entering the public domain this year? Nothing.” And Rick Falkvinge shares his predictions for what the copyright monopoly will try this year. As a bit of a music fan, excessive copyright hits home often: the entire discographies of many artists I like have been out of print for at least a decade. Should copyright even be as long as in the pre-1978 law? Is the Berne Convention obsolete and in need of breaking to actually preserve cultural history? Read more of this story at Slashdot.

More:
What Could Have Been In the Public Domain Today, But Isn’t 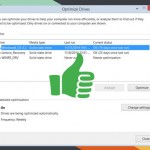