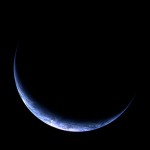 Today is New Year’s Day, which simply means the earth has completed another journey around the sun. But how in the world do we know how long that takes? To answer the question, Phil Plat has “taken a simple concept like ‘years’ and turned it into a horrifying nightmare of nerdery and math.” Let’s take a look at the Earth from a distance. From our imaginary point in space, we look down and see the Earth and the Sun. The Earth is moving, orbiting the Sun. Of course it is, you think to yourself. But how do you measure that? For something to be moving, it has to be moving relative to something else. What can we use as a yardstick against which to measure the Earth’s motion? Well, we might notice as we float in space that we are surrounded by billions of pretty stars. We can use them! So we mark the position of the Earth and Sun using the stars as benchmarks, and then watch and wait. Some time later, the Earth has moved in a big circle and is back to where it started in reference to those stars. That’s called a “sidereal year” (sidus is the Latin word for star). How long did that take? Let’s say we used a stopwatch to measure the elapsed time. We’ll see that it took the Earth 31,558,149 seconds (some people like to approximate that as pi x 10 million = 31,415,926 seconds, which is an easy way to be pretty dang close). But how many days is that? Well, that’s a second complication. A “day” is how long it takes the Earth to rotate once, but we’re back to that measurement problem again. But hey, we used the stars once, let’s do it again! You stand on the Earth and define a day as the time it takes for a star to go from directly overhead to directly overhead again: a sidereal day. That takes 23 hours 56 minutes 4 seconds = 86,164 seconds. But wait a second (a sidereal second?)—shouldn’t that be exactly equal to 24 hours? What happened to those 3 minutes and 56 seconds? I was afraid you’d ask that—but this turns out to be important. And that’s only the beginning of the explanation of where we get the concepts and the measurements for a “day” and a “year.” Read the rest at Bad Astronomy. Link ( Image credit: ESA ©2009 MPS for OSIRIS Team MPS/UPD/LAM/IAA/RSSD/INTA/UPM/DASP/IDA )

See the original article here:
What Does a “New Year” Really Mean? 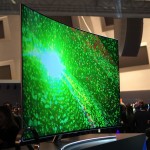 Rumor has it Windows 9 (codenamed "Threshold") will be revealed at...