The consumer gaming world might be in a tizzy about 4K consoles and displays of late, but that resolution standard wasn’t nearly enough for one team of PC tinkerers. The folks over at Linus Tech Tips have posted a very entertaining video showing off a desktop PC build capable of running (some) games at an astounding 16K resolution. That’s a 15260×8640, for those counting the over 132 million pixels being pushed every frame—64 times the raw pixel count of a standard 1080p display and 16 times that of a 4K display. The key to the build is four Quadro P5000 video cards provided by Nvidia. While each card performs similarly to a consumer-level GTX1080 (8.9 teraflops, 2560 parallel cores), these are pro-tier cards designed for animators and other high-end graphic work, often used for massive jumbotrons and other multi-display or multi-projector installations. The primary difference between Quadro and consumer cards is that these come with 16GB of video RAM. Unfortunately, the multi-display Mosaic technology syncing the images together means that mirrored memory doesn’t stack, leading to the rig’s most significant bottleneck. All told, the graphics cards alone would cost over $10,000, including a “quadrosync” card that ties them all together to run a single image across 16 displays. Read 5 remaining paragraphs | Comments

More:
What kind of gaming rig can run at 16K resolution?

Wind Turbines With No Blades 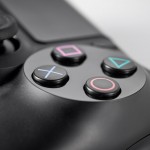