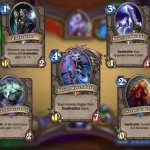 BagoGames Few people know what to make of the Kim Kardashian: Hollywood mobile game. By reputation it’s boring, vapid, materialistic, and shallow—according to many serious gamers—and is deplorable not least because players can spend money to get ahead. The wails only grew louder when reports indicated that the game earned $1.6 million in its first five days and is on track to make $200 million in annual revenue , according to one analyst. While many gamers and gaming journalists struggled to figure out why anyone would spend money on a game made by and featuring a reality TV star, we aren’t totally in the dark. For one, casting shade on the subject matter is a value judgment of a certain set of interests and lifestyle. And on a meta level,  how people use their leisure time . Let he who has lived every moment deliberately immersed in deep consideration of the universe cast the first Angry Bird. Materialism in games probably does not cause materialism in the streets . For another, Kim K is actually pretty self-aware of its own materialism and glorification of social climbing and has a sense of irony about the world it gives players to try and thrive in. To wit, one of the things you can spend in-game money on is new body parts. Read 25 remaining paragraphs | Comments

See original article:
What we judge when we judge freemium, and the money we’ve spent on Hearthstone